A Journal of Independent Game Criticism 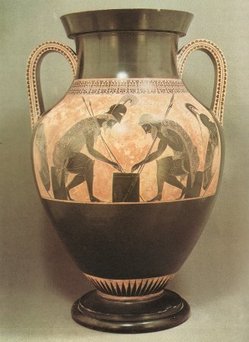 The Gameshelf’s new header graphic represents this website’s first public acknowledgement of the philosophical shift it has undergone since its launch, now over two years ago. As the new subtitle suggests, this blog today tosses aside the notion of supporting a TV show, and instead embraces its identity as a source of independent, original game criticism.

At the start of 2008, I still thought of The Gameshelf as a Siskel-and-Ebert-style television program for reviewing non-mainstream games, with its new blog as simply a place for its cast and crew to note interesting news related to unusual games in between episodes. Two years after that, I had produced only one new episode. While the Diplomacy show stands as one of my proudest creative achievements to date, it’s not something I ever see myself replicating (at least not as a hobby), and my vision of producing new videos at a regular pace began to falter.

Over those same two years, however, the blog grew in its own directions. Zarf posted long essays on topics ranging from the continuing Myst saga to the pixel-art renaissance, and these drew new readers and comments. Kevin started making corkboard-style announcements of interesting events (particularly involving interacive fiction) around Boston, and I personally witnessed people at these events saying they’d heard about it on the blog. Clearly, while the TV show called The Gameshelf grew cold, the blog called “The Gameshelf” didn’t much care, and was finding its own ways to be awesome.

So, at the start of this year, I tried something new. After a rewarding wintertime stint of playing Team Fortress 2 with some new friends, I wrote a longish essay about my experiences, and the aspects that interested me the most from a critical standpoint. I really liked the result, and — crucially, for my needy ego — other folks around the web seemed to like it too. So I wrote some more, a new essay every other week or so. You can currently find the collection-so-far in a new category I humbly call Jmac on Games. (That name is subject to change, along with a hundred other details as I continue dinking around with styles and widgets.)

Writing these critical essays has not only changed how I see The Gameshelf, but how I see my own place in the world of digital games. When people ask me what I do now, instead of shruggingly saying “Well, I make a TV show, sort of, sometimes,” I say “I produce game criticism.” It’s clear to me that this is the broader aspect of what I wanted to do with the TV show all along, and by switching my primary medium from video to text, I’m able to actually ship new stuff with some semblance of regularity. While I’m not abandoning video-based criticism, I find it immensely relieving to let go the fiction, held for years, that I’m somehow a stronger video producer than expository writer.

I feel fortunate that, through the efforts of Andy, Kevin, and the less frequent posters, The Gameshelf proved a ready receptacle for this new effort to actually play to my own creative strengths. My hope is that the mix of all the authors’ posts gives us both the independent game criticism and the “other interesting stuff” promised by the new subtitle in the header.

And while I haven’t written much this month, I have a good excuse, anticipating the rollout a couple of new features (in the periodical sense of the word!) over the next week or two. I appreciate your continued reading the The Gameshelf, and would love to hear what you think, as always. In the meantime, watch this space…

Image: Amphora by Exekias of Ajax and Achilles playing a board game.