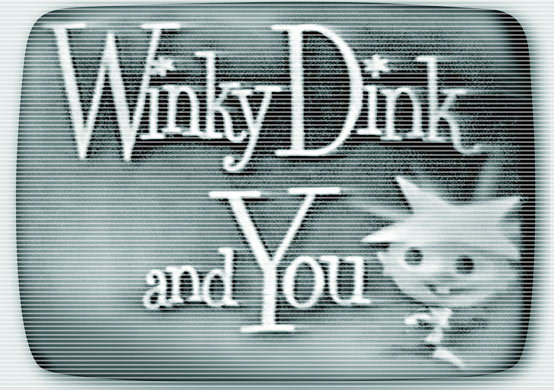 The publisher itself doesn’t market them this way, and I haven’t run across anyone else applying the label. So, from my own perspective, let me say it first: Telltale Games’ most recent narrative video games, including The Walking Dead and The Wolf Among Us, have realized the ancient dream of true interactive television.

By this I don’t mean TV shows with audience call-in gimmicks attached, or experimental games delivered via broadcast television, or similarly venerable exercises of the medium. I mean an evolutionary application of contemporary television storytelling techniques to the naturally interactive environment of video games to create something entirely new, and deeply interesting.

Each episode of these games, with a typical playtime of between 90 minutes to two hours, has a set storyline with a structure of major acts and lesser beats familiar to anyone with knowledge of screenplay writing — or, indeed, anyone with many years’ experience watching TV dramas. But while the major events that define the story’s acts are fixed in place, the player has limited control over the beats that make up those acts, and quite a bit of control over the protagonist’s dialogue choices and other minor actions leading up to each beat.

For example, frequently in both of these series the protagonist has a discussion (or a heated argument) with one or more non-player characters about what they ought to do next. The player receives several opportunities to choose a response or interjection from a menu, usually comprising three possible utterances the protagonist might make, with a fourth choice of “…” having them say nothing. (Depending on dramatic context, this latter might represent passive silence, or it might result in a non-verbal response, such as the character crossing their arms and glowering at their interlocutor.) The game ties most of these conversational choice-points to a timer only a few seconds long, and it will roll ahead with “…” if the player makes no choice within the timespan of what, on a television show, would constitute a pregnant pause.

However, if you reduce a latter-day Telltale game’s branching beat-and-act structure to a flowchart — which, unsurprisingly, fans have done — then little to none of this conversation appears to “matter”. The story doesn’t branch until you actually get up to the beat, the point where the player-as-protagonist decides which path to take. The conversation leading up to them does not change the timing, nature, or consequences of these choices in any structurally major way.

And yet, the conversation, all those myriad little choices folded invisibly within the straight lines of that flowchart, makes up the largest part of these games’ material, the dark matter to the more obvious “playable content” of the overt branch-points. Almost all the player’s interaction with the game happens via these timed choose-a-response prompts, which usually stack several to a scene. The games’ producers put a lot of resources into recording and animating every line the player-character might choose to say, and all the ways that other characters might react. (This isn’t an Elder Scrolls game where the character models just lip-flap robotically as their scripted dialog passes through them; these are simply but fully animated characters, and animators have had to plan how they block and deliver each line.)

So: if all these conversation options “don’t do anything”, why do they account for so much of the total mass of the game?

The naive answer might suggest that these sections merely avoid making the game too short, since there are only so many branching choice-points in any episode’s narrative. But that isn’t quite right — these games do contain pacing mechanisms, but they come in the form of vestigial adventure-game scenes. Using technology held over from earlier Telltale works (e.g. the Sam and Max games), these occasional breaks in the story’s flow let the player directly marionette the protagonist around the set for a little while, walking about and variously interacting with nearby objects or people. These scenes never last especially long, and in the latter chapters of Wolf Among Us they become almost comically short, giving the player nothing to do except walk up to a door and open it, for example. But in every case, these sections provide a break from the tension, letting the player control the pace for a while before triggering whatever action resumes the game proper.

So, perhaps they are meant to avoid turning the long stretches of exposition between choice-points into interminable cutscenes, giving the player a way to twiddle their thumbs entertainingly between major choices. That explanation would hit a little closer to the truth, but would not account for the uncanny sense of investment that I experience with these games, and which I very much doubt I’d feel were they merely Choose Your Own Adventure-style works adapted into teleplays.

When I talk about Walking Dead, I talk about what “my Lee” did in Season One, and how his choices inform what “my Clementine” is doing in Season Two. Even though every significant thing that happened to them was completely predetermined, I felt like I co-developed these characters. I have a pretty good idea how these games work as systems of rules and procedures, and I’m quite aware of the artifice and stagecraft involved. And yet the Lee of my one Walking Dead playthrough still feels like “my Lee”, and I know that he always will.

This is magic. I don’t know how it works; I write this essay to help myself think through some ways that it might. Right now, I suspect that much of the magic lurks in all that dark matter, all those dozens of little choices the game offers the player between the major choice-point beats.

To describe my approach to these games from the beginning: all the latter Telltale titles feature superb voice acting through and through, and great (if limited-budget) art direction, so I’ve no problems diving through the surface. The subject matter’s another thing; I find most zombie fiction loathsome, so it took a year or so of trusted friends’ insistence as to the game’s quality (plus a one-day sale of the series’ Xbox version) before I finally tried Walking Dead. I do love a good horror-story hook, and that game’s first episode had one, so I was in.

Once there, I found myself paying far more attention to the stories of the three extant Telltale seasons than I have from any TV show in recent memory. Because a prompt to react might literally appear at any moment — more true in the Walking Dead games, perhaps, which have license to interrupt most any scene with a door banging open and unspeakable horrors shambling in — every moment I spend playing sees my full, undivided attention focused on the game. I can’t even zone out in the limited way I do when traveling between familiar areas in an RPG, say, or bouncing through a new-but-still-familiar obstacle course in some platformer. No, I am drinking in every detail I can, listening closely to what the characters are saying (and how they’re saying it), keeping a close eye on little interpersonal tells.

But it’s not like I’m an air-traffic controller, here; I’m not just monitoring people-shaped blips booping around on my TV. These are characters as wholly fleshed-out as any you’ll find on a modern American television drama, and in paying as much attention to them as I am, I can’t help but build models of them in my mind, becoming familiar with their personalities and motivations.

With all this set-up in place, then, the game frequently asks me to choose the protagonist’s immediate next action or utterance from a short list, giving me no time to ruminate or second-guess. That on-screen timer, shrinking down like a fast-burn fuse, challenges me to trust my model of not so much what the character should do next, but what they would do. And in this way — even though I’m choosing from little pre-arranged lists, and even though the events that befall the character never change, no matter what buttons I hit — I feel like I am molding that character. I cannot help it. It really does feel like an act of co-creation, despite all the constraints.

All of which cause the inevitable arrival of the actual story beats, the choice-points, to not feel like mechanical nodes on a prose flowchart but to instead carry all the weight of irrevocably life-changing decisions. Lee, Clementine, and Bigby all live partly in my head, taking up residence one conversation-node at a time in a way that no TV character and perhaps no game character I’ve met before them ever has. Despite their being wholly fictional, even fantastical, their experiences feel shared, and so do the costs and consequences of their — our — decisions.

Seems pretty simple, when I lay it out like that! But I know it’s a difficult alchemy that’s been a long time coming, and has a lot more development and refinement ahead of it.

I’ll note that just because these games have realized a new kind of interactive television doesn’t mean they’ve perfected it. They’re at their weakest when they dip a little too far into their video-game substrate. In particular, certain quicktime challenges, on failure, result in the untimely death of a main character and a corresponding GAME OVER screen. When this happens, it feels less like I experienced a routine failure as a videogame player, and more like Netflix just cut out. Telltale is clearly experimenting with these bits, as they change dramatically in tenor from the first Walking Dead season[1], and I surely support the presence of controller-fumbling action sequences in games that are largely about building and then releasing tension, but I’m not sure they’ve gotten it quite right yet.

I have more I want to say about the particulars of how these games have moved me personally. But for now, I believe it suffices to say that my household has found the Telltale games to be among the most emotionally involving and affecting media to ever appear on our television set. I genuinely look forward to playing more, and not just from Telltale.

[1] The first season of Walking Dead allows this to get especially frustrating, as I sometimes had to replay the same zombie-dodging scene five or six times, towards the end of which I had to draw on my reserves of faith that, yes, despite all appearances the game did actually want me to finish it and I should give it one more go.

Among other things, it changes the button you need to hit in order to yank the screwdriver out of the walker’s eyesocket or whatever with every fresh attempt. I found this terrifically exasperating, if not downright trollish. Emily Short read this experience as part of the text, feeling that the game was intentionally refusing to allow the player to get good at slicing up walking corpses, because it took place in a world that isn’t meant to feel like a video game. Both Dead season two and Wolf have fight scenes that feel far more forgiving… but now that I think of it, both the supernatural Bigby and the veteran survivor-child Clementine might have more excuse to display rather more combat acumen than ol’ Lee, so perhaps they’re all playing by the same rules anyway.

This entry was posted in Essays, Jmac on Games  and tagged  digital games, television, telltale. Bookmark the permalink.