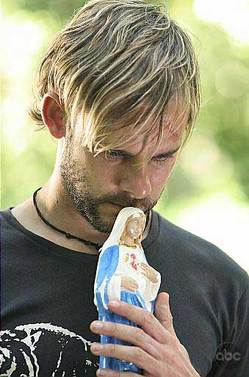 In terms of popular culture, May 2010 goes into the annals under the headline “The month that Lost ended.” For some of us, another fact about the month is at least as significant: Valve released its Steam content-delivery service — and corresponding a passel of new games — for Mac people. And for me in particular, this meant that I could immediately start playing Torchlight on my Mac.

While one of these things is a game and the other a television show, both represent implementations of the thing I’ll call Blow’s Treadmill, that diabolical device eloquently deconstructed by Jon Blow in a talk we’ve linked to before. Blow’s Treadmill, in a nutshell, describes any system of game mechanics that give a game player a sense of accomplishment and advancement when, for all practical in-game purposes, they remain right where they started.

While the Treadmill criticism is most frequently levied against CRPGs (Blow’s archetypical example is World of Warcraft), Matthew “DefectiveYeti” Baldwin applied it admiringly to Lost in an excellent essay from a couple of years ago:

During each show you gain a little experience in the form of new information: about the island, the characters, or both; every four episodes or so you level up, as some (allegedly) major piece of the overall puzzle falls into place. After leveling up in a CRPG, you typically head to Ye Olde Flail ‘N’ Scented Candle Emporium, sell all your current equipment, and buy the improved weapons that your enhanced abilities now allow you to wield; likewise, after a revelatory LOST episode, fans chuck all their old theories into the dustbin and cook up new ones consistent with the revised facts. Then, having done so, each-the player of a CRPG, or the viewer of LOST-is handed a brand new quest, or puzzle, or plot plot. The ephemeral thrill of leveling vanishes, replaced by a longing to hit the next milestone. You never disembark from the treadmill, it just goes faster.

This may sound like criticism, but it’s not. It’s admiration. Like the creators of World of Warcraft, the writers of LOST have managed to throw a saddle on the addictive lure of leveling and ride it to success. And bully for them. Like I said, I love this genre, even if I can visualize the levers they are pulling.

Like Matthew, I must sheepishly admit that I rather enjoyed Lost, despite myself. Unlike Matthew, I never really liked that I liked it. I, too, felt that I could see the levers, and felt both hopeful that I wasn’t merely being played by the show’s producers, and resentful knowing that I probably was anyway. But the show offered moments of stand-up-and-applaud brilliance — tasty meatballs in a soup of bland TV clichés — exactly often enough to keep me eating, in spite of it all.

Just as Lost ended, Torchlight appeared — already in my possession from a Steam shopping spree I engaged in last Christmas, but now easily playable on my Mac. And lo, once again I find myself gobbling some media down in hours-long gulps. As before, I’m not terribly happy with my diet, but something about it is different this time. In fact, I lately start to perceive Torchlight as far less valuable to me, to the point of self-harm. If Lost is food possessing a dangerously addictive quality, then Torchlight is a mere drug, a narcotic with little nutritional value.

A key difference lay in the stories that these different works generate. Lost itself is a story, of course, but it was unusual among television shows in the striking amount of passionate audience participation it engendered and encouraged, even while it aired. As Baldwin noted, fans collaborated online to knit and share ten thousand variants of the show’s mysterious background and projected future over the course of the series. I myself even did this. (And I’ll make no muttering here as to how many of these fan-theories proved more objectively satisfying than the canonical wrapup, ahem).

But what is Torchlight’s story? On the surface, it is exactly the same as many other roguelikes, from Diablo, its direct ancestor, to grandfather Angband. You live in a town sitting on top of a multilevel, monster-infested dungeon, which houses a Big Bad at its deepest level. Kill it! Also, kill everything in between, which will make you grow in strength from a fragile weakling to an unstoppable superhero by the time you get to the bottom, just in time for the final battle.

No, not a very good story. Fortunately, at least in games like Angband, the stories that matter are the ones that you generate as you play. Much as with Lost, the internet is full of people telling Angband stories, sharing tales of their greatest triumphs, their closest shaves, and their glorious game-ending deaths. 1 Angband’s very small creative team leaves the graphics abstract to focus instead on a super-rich internal ruleset, developed and refined over many years. Make no mistake, the game’s focus remains entirely on exploring a dungeon and killing everything you find there. The vast variety of the beasties, however, and the unique ways that they interact with the player and the environment, means that novel battles — requiring the player to stop, analyze the tactical situation, and calculate relative risks — happen rather frequently.

In Torchlight, though, all the levels are the same but for the graphics used to paint them, and the same goes with the monsters, who come in many shapes and sizes and yet are all fighters, archers, or flingers of Glowy Balls of Ouch. As such, all the fights are the same, too: when you see a monster, you click on it until it dies. If you see a lot of monsters, right-click to nuke them with your magical attack, and then resume left-clicking to mop up any stragglers. When your health-tank drops past quarter-full, top it back up by pressing your “1” key, applying one of your dozens of healing potions. (You’ll find at least one more before you’ll need another.) That’s as deep as the tactics go. The only Torchlight battles I’ll remember in a year’s time are the boss fights, perhaps, and then only because the bosses are really big and look cool; fighting them involves no need to adjust your click-pattern. No stories can come of this.

There’s my attitude laid bare. So why, according to Steam, have I invested 16 hours into this activity since MacSteam’s premiere?

Torchlight presents a shockingly raw implementation of Blow’s Treadmill, expertly exploiting the concept so that it utterly hooks people like me, and hours have passed before I start to smell something truly fishy. And then I play for another ten hours anyway, because I can say without sarcasm that watching numbers attached to your in-game persona tick ever upwards in exchange for your real-life time and attention can make for some really compelling stuff.

Only now, after the equivalent of two full-time work-days playing the game, do I see the depths of Treadmill-enabling baked into its design. I see it summed up most handily in the info-boxes that hover over the weapons in your inventory screen. The weapons have interesting appearances, descriptive names, and lists of effects, but the only thing you need to notice with each one is the big, white Damage Per Second number floating at the top of the pane. Correct play means ignoring any narrative implied by all the other stuff, there to make it feel like you’re not playing the part of an extremely inefficient sorting algorithm. And do note the name Damage Per Second: a prominent in-game statistic acknowledges that one of the game’s chief goals involves your voluntarily burning up measures of your lifetime in exchange for the ability to “damage” hordes of identical monsters via mouse-clicks. This, in the end, represents game design bordering on the cynical, and more offensive to me than Lost at its lamest ever was.

Kicking a drug habit is hard work, whether the drug is a chemical you ingest or an activity that stimulates your brain to squirt tasty hormones at regular intervals. First, as they say, comes admitting you have a problem, and I write this column in part to shock myself out of the habit, since — again, unlike nobler cousins like Angband — the game lacks a permadeath feature to slap me back into sobriety when I’ve played long enough. And so, having bought myself a window of introspective clarity, I have deleted Torchlight from my Steam library.

And if I made sure that my 20th-level Vanquisher’s save-file was properly secured in the Steam Cloud before I deleted the program? Well. Let us agree that I am simply being a responsible game researcher and archivist.

[1] More recently, this has been done one better by _Dwarf Fortress_, which produces more interesting stories via itself giving you a more interesting story to start with. ↩
This entry was posted in Best Of, Essays, Jmac on Games  and tagged  angband, digital games, games, jmac on games, roguelikes, television, torchlight. Bookmark the permalink.