David Sudnow: Pilgrim in the Microworld 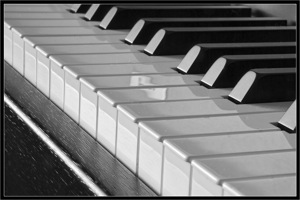 Near the beginning of David Sudnow’s Pilgrim in the Microworld, published in 1983, the author, a Berkeley-based sociologist and polymath, describes his discovery of the Atari VCS at a friend’s party. Missile Command in particular intrigued him so much that he immediately visited a store to buy his own console. That game was out of stock, but the salesperson recommended Breakout instead. He proceeded to play that game obsessively for three months, and then wrote a 160-page book about it. The resulting artifact was unique for its time and remains an unusual work; even as the field of games criticism grows deeper and richer, this book from the previous century has something to teach us.

I want to be clear about this: Breakout challenges its player to hit a ball (a featureless, tiny rectangle of pixels sliding around the screen) with a paddle (same, only larger), chipping away as much as they can of an opposing wall of colorful bricks. It does not try to present any narrative beyond this. And yet Sudnow found it such a rich experience that he filled more than a dozen dozen pages describing his subjective relationship with this one game.

Here I am alone in a pitch-black hotel room, a middle-aged man with some time to kill, getting ready to check out some jazz clubs in Greenwich Village, in possession of an early cretinous offering from a gold rush grab bag of tuby thingies coming our way from hundreds of decision-making puzzle peddlers throughout the new electric “entertainment” industry. And now instead of playing the game it’s packaged up to be, I’ve gotten into more or less occupying myself by outlining invisible triangles across the screen of a TV doodling machine. What am I doing?

Sudnow, who passed away a few years ago, had a particular affinity for music instruction; his eponymous course for learning the piano has outlived him. I did not know about this until I started preparing this review: while the reader can guess Sudnow’s other passion from the many piano-based similes he makes in the book, the author chose to demur when it came to saying anything outright regarding his own background, not inappropriate to expressing a mood of world-dimming obsession on a single object. (We know, for example, that Sudnow had a young son, who in the first chapter introduces his skeptical father to a contemporary video arcade. But then all mention of the boy vanishes completely until the book’s epilogue.)

Viewed in this light, the book becomes a chronicle of how the piano teacher Sudnow entered into, and eventually escaped from, the fallacy of approaching Breakout not as a game but as a fascinating new kind of musical instrument to master. Initially charmed and intrigued by the game — and, one imagines, already seeing a book in it — he arranges a visit to Atari’s headquarters to interview its engineers. There he learns that, contrary to his assumptions, the ball’s movements are entirely deterministic. The programmer he speaks with can fully describe the game-world’s faux-physical mechanics in a handful of English sentences. (The VCS is a plucky machine, but it would be many years before future game-console generations began to deeply simulate real-world physics.)

This leads to his pursuit of learning to play the board “perfectly”, the way one would learn to play a Bach fugue without slipping up. For days on end, he plays a rote pattern of his own design until the ball bounces off-pattern, a clanging sour note, at which point he immediately restarts the game. While practicing like this, he writes, he would press the VCS’s reset switch hundreds of times per hour.

I treated each error as the sign of some local weakness in the sequence, the sign of a raggedness in the movements rather than trouble at another level. Still thinking, still practicing note by note, still insisting it was an already established gesture to be somehow acquired with a yet firmer command.

He spends a chapter meditating on the nature of practice and mastery, both in general and in its application to Breakout. Eventually, and after much frustration, he concludes that Breakout doesn’t want to be played that way. Instead, he embraces what he calls the game’s “lucratively programmed caring,” the way its few but distinct design elements work together to guide the player into getting incrementally better at it, revealing more about its inner workings, bit by bit — but only for those who fulfill their end of its contract, who agree to approach the game on its own terms. Treating it like a piano exercise, it turns out, doesn’t work.

Modern readers will find many of Sudnow’s narrative choices strange. Particularly odd for me is his apparent reluctance to name the game developers he speaks with, or even to acknowledge that Breakout was a designed work, rather than a corportate-engineered artifact. It’s true that Atari, fearing competitive headhunting, acted quite secretively about its employees’ names, famously never crediting any individuals in its game documentation; this makes it understandable that even a more thoughtful video-gamer of 1983 would see Breakout as simply “by Atari”.

While Sudnow dug deeper than that, seeking out Brad Stewart, the VCS port’s programmer, he never mentions his name in the book. When the author discovers that this person no longer worked for Atari, he speaks instead with the programmer behind Super Breakout, the game’s official sequel. And even though he writes about this conversation at length, and refers to it throughout the remainder of the book, he never once reveals his interlocutor’s name. (Perhaps this was Ed Logg, the creator of the Super Breakout arcade game? The internet seems uncertain who made its VCS port.) He’s just the guy who happened to implement the design, and as such is a good source of information about its rules.

The author effectively treats Breakout less as an intentional design than a piece of received wisdom. Despite his access to Atari’s talent, he never asks anyone about the thinking that went into the game. From his viewpoint, the story of Breakout’s development and developers just isn’t interesting enough to make print, not when the game itself is right here. (He does allow himself to speculate fancifully about it, however. In the book’s strangest chapter, Sudnow sinks into a reverie where he has built the game’s first prototype, then engages in a program of rigorous A/B testing in video arcades to develop its precise rules over a period of years — a story that reflects neither Breakout’s actual history, nor a practical methodology for game-makers of that day.)

While it may appear as a flaw to a modern reader, the lack of these viewpoints reveals something interesting. In disregarding the question of design entirely, and paying attention to mechanics only so far as it makes for a better story, Sudnow focuses entirely on the experience of playing this game. And there’s so much deeply personal experience related in Pilgrim in the Microworld — I must again note that this book involves 160 pages written about a ball-and-paddle bleep-bloop videogame from the 1970s — that it shone a light, for me, on how little writing about play experience one can find among the ever-increasing amount of modern game criticism. Both reviews and other critical works, even higher quality examples, tend to focus most of their attention on design and mechanics. The writer’s role as player, their subjective experience of playing the game, often receives the same level of attention as a game’s window-dressing storyline typically does: peripheral, at best. Reading this book makes me wonder what we’re missing, as we write that way.

I do not ask that modern critical writing about games adopt the precise methods Sudnow employed in Pilgrim, or the length he gave it. (Indeed, Sudnow’s prose dips into the purple enough that the book would have been tighter were it a third as long. In which case, you’d still have fifty-five pages about Breakout, by god.) But I do wish for writers to observe how he told a story about playing this game that only he, with his background and life experience, could tell, and did so in a way that proved interesting and meaningful to a wide audience — and still does, three decades later. For how much games writing is that true?

David Sudnow wrote about an artform that, in 1983, few had deeply examined, and he did as best he could. Today there’s whole branches of journalism and academic study growing to fill this space, rapidly developing institutional styles of their own. It would behoove their practitioners to spend some time visiting the unlikely shrine that this pilgrim has left behind for us, and to hear its unique voice.

Pilgrim in the Microworld is currently not in print, which is too bad; I’d love to see a new edition, with a foreword that puts it into context for modern readers. You can, however, find PDFs of it floating around; I grabbed a copy from an academic site, and have taken the liberty of stashing a copy on my own server.

Image credit: Piano Keys, by G Crouch; CC BY-NC 2.0. The video is a recording of yours truly playing Breakout via emulation. Yes, a MacBook trackpad is a poor stand-in for an Atari paddle controller.

This entry was posted in Best Of, Essays, Jmac on Games  and tagged  atari vcs, books, history. Bookmark the permalink.

3 Responses to David Sudnow: Pilgrim in the Microworld