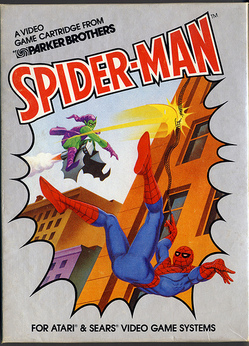 I wish to make an extended footnote on last Monday's post, regarding further similarities I see between the comics and video game markets. When I was in high school I went through a profound comics-geek phase where, beyond the typical obsessive book-hoarding, I undertook to learn everything there was to learn about that medium's history (a full decade before Wikipedia came 'round, my son). I've long since sold my longboxes full of Mylar-bagged pulp, but that knowledge remains, and I can't help but get very tangential when I have reason to compare comics to any other medium. Having thus further established my nerdboy bloviation credentials:

I see Valve Software today holding the same position in the overall media landscape that Marvel Comics occupied in the early-mid 1960s. In both cases, we have two experienced studios, neither the mainstream-recognized giants of their fields, who made an unusual decision: they chose to spend the creative capital gained from prior commercial success to quietly revolutionize their respective medium's dominant genres, rather than take the safer path of grinding out more derivative sameness.

The Orange Box, you see, is Valve's own Amazing Fantasy #15. In 1962, that generic-sounding title was the magazine issue that introduced the world to Spider-Man, a hero who wasn't the usual sort of alien demigod or unapproachable avenger that had defined costumed-adventurer tales for decades. Instead, he was a nerdy kid with a crappy life whose heroics were just as much an escape for him as they were for his readers. Sure, he ran around in long underwear and beat people up, just like his literary forebears had been doing for years: Spider-Man continued to embrace the core tenets of his genre. But did so in a way that was so personable, so identifiable, so likable, that it helped to redefine the superhero genre -- and, in turn, forever change the face of western comics.

Similarly, headlining The Orange Box was the continuation of Valve's known-quantity Half Life series, but the actual payload of the package comprised Team Fortress 2 and Portal. Both of these games are shooters, through and through, as much as Half Life is. But beyond being exemplars of their genre, they both brim with personality to the point of being lovable. There's a reason why the internet is filled with fanart of the TF2 gang, the weighted companion cube, and the rest of Valve's recent characters, while the literally faceless and fungible army dudes of Modern Warfare 2[1] make few appearances outside of the game's own "realistic" and utterly colorless warzone.

For all of Modern Warfare's sales today, I wonder how many people will fondly remember it, let alone still play it, five years from now.[2] I would be willing to wager that the number will be smaller than the number of people who can hum the theme song to the Spider-Man animated TV show from the 1960s. (A significant percentage of whom where born many years after the show went off the air.)

Spider-Man ultimately played a key role in the Silver Age of Comics, a reinvigoration of the art that helped make possible its vibrant and increasingly diverse future. We can't say right now what Valve's work will do for digital games further down the timeline, but The Orange Box's success did help them to develop and release further develop and significantly extend Steam, which has been working some transformative magic of its own. I speculate that this project would have had a much harder time gaining traction had Valve focused solely on the further adventures of zero-personality killing machine Gordon Freeman, much as Marvel would have sunk into obscurity if they didn't risked inventing heroes outside of Captain America's mold.

If the territory of adolescent power fantasies must remain so overcrowded, then let there be more best-case scenarios found within. Improving an artform's dominant genre improves that whole artform, and when that artform as a whole is becoming increasingly dominant within the current state of human culture... well, I can't find the heart to complain too much about it.

Update: Some readers have brought to my attention the fact that Steam predates The Orange Box. When I wrote about the relationship between the two, I was thinking of Steam as it is today: not just Valve's content delivery network, but a dominant force in PC gaming and player interaction. I myself hadn't even heard of Steam until a couple of years ago, and today it's vying for cross-platform ubiquitousness.

[1] I suppose the conceit of effectively featureless character models is that a single player is controlling not just one guy but whole cadre of soldiers, one at a time, like unto Persian Immortals: cut him down, and an identically dressed warrior steps forward to replace him. Yet another reason I respect Valve is the way they subvert this convention by taking it to extremes, by imbuing their more recent playable characters with highly distinct appearances and personalities. You don't choose play as a sniper in TF2, you play as The Sniper, a bloke who is at least as well-defined as many of his fellow cartoon characters, no matter the medium. He's a unique character -- even if there's already five of him on the battlefield when you join, on both teams. I read this as subtle and entirely intentional parody, and one executed with such a sense of giddy fun that players enjoy it at face value and that's just fine.

[2] And I ask this without even approaching the ugly fact that this particular game serves as a particularly egregious example of the deep and disturbing brokenness that lay at the heart of the game industry's big-budget blockbuster factories.

Image yoinked from i_hate_my_screen_name's flickr. And as erickjoeywong notes in comments there, yes, this is a strikingly unflattering depiction of a game's protagonist as its cover-art image. "Oh no, Spidey™ is about to fall on his big blue butt! Can you use your ATARI™ VIDEO COMPUTER SYSTEM™ to help him?"

This entry was posted in Best Of, Essays, Jmac on Games  and tagged  comics, digital games, fpses, games, history, jmac on games, spider-man. Bookmark the permalink.

2 Responses to The Silver Age